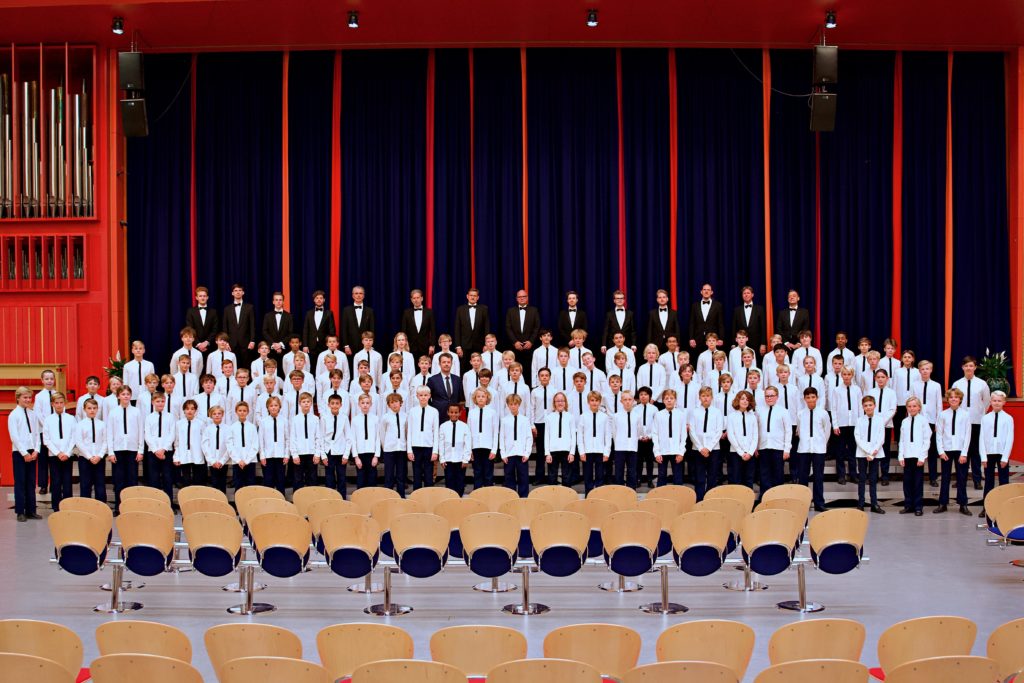 His Royal Highness Crown Prince Frederik has been the patron of The Copenhagen Royal Chapel Choir since May 2019, and this week His Royal Highness visited Saint Annæ Gymnasium, where everyone in and around the choir welcomed the guest warmly. In the SAG concert hall, the Crown Prince got an introduction to the boys’ usual way of working, and then the choir gave a mini-concert to celebrate the new patronage.

His Royal Highness takes over the patronage of The Copenhagen Royal Chapel Choir after his father, Prince Henrik of Denmark, who during his many years as patron of the choir actively participated in the choir’s life.

For the boys it was a great experience to meet the choir’s new patron, and after a question of what a ‘patron’ really means, there were several good and funny answers from the boys: “to look after the choir”, “to be a kind of advertisement for the choir”.

After singing and photography, the celebration continued in SAG’s canteen with cake, soft drinks and champagne. Here, the Crown Prince was given the opportunity to talk to both boys and adult choir singers, and looking forward to the next musical meeting between the Crown Prince and The Copenhagen Royal Chapel Choir, which is Haydn’s ‘The Creation’ in Copenhagen Cathedral in November.