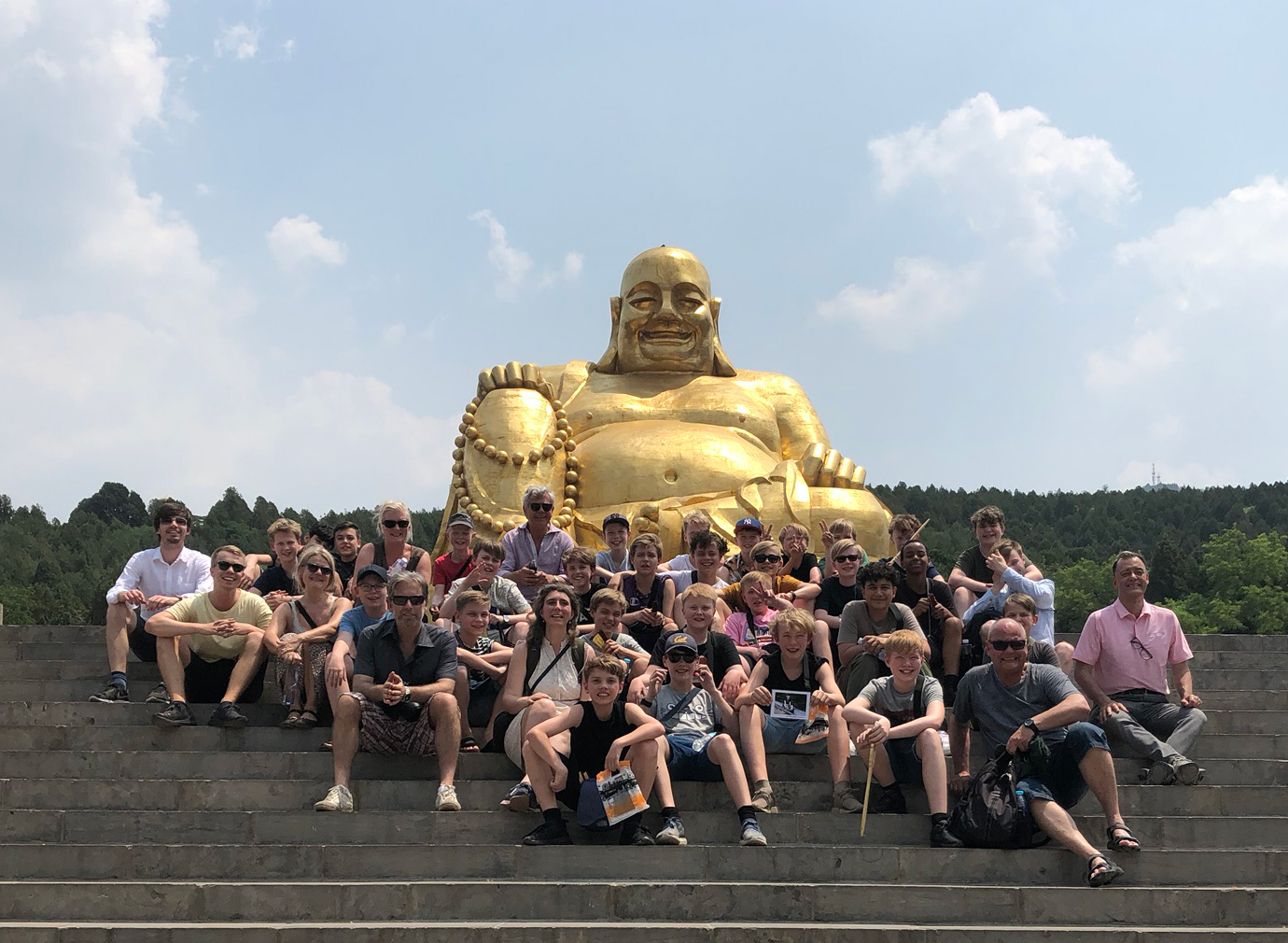 When the Copenhagen Royal Chapel Choir in April-May 2020 travels to Rome, Palestrina, Montserrat (Northern Spain), Colmar and Paris, the ambition goes in several directions. One of the important focal points will be the Rendezvous with two other boy choirs; Escolania de Montserrat and Maîtrise de Garçons de Colmar. With the latter is planned a concert with several joint works.
Centrally at the concert in Palestrina stands the work “Sicut Cervus”, which in 2017 was composed and dedicated to Copenhagen Royal Chapel Choir by Sven-David Sandström. The work is performed over Giovanni da Palestrina’s famous piece of the same name.

The concerts in Rome (Sant’Ignazio) and Paris (Eglise Saint Eustache), respectively, are large-scale cathedral concerts for an international audience. The concert in Paris on May 5th is organised in collaboration with the Danish Embassy in Paris and the Musique Sacrée de Notre Dame, and is a Danish-French celebration of the 75th anniversary of the end of World War II.

Concert Repertoire
The concert series is entitled “Joy & Reflection” and the program is largely inter-European. Sicut Cervus by Palestrina and Sandström, Maria Hymns by Austrian Bruckner and French Poulenc and English Britten’s Rejoice in the Lamb. At all concerts, a section with Danish and Nordic choir tunes is also presented. The repertoire is organised in a joint venture between the Copenhagen Royal Chapel Choir’s former chief conductor Ebbe Munk, new artistic director, Carsten Seyer-Hansen, and partners in Montserrat, Colmar and Paris. Copenhagen Royal Chapel Choir performed in April-May 2018 a major concert tour “Choir Sounds of Joy and Reflection”.
The first stop was Lisbon and the great Monasterio de San Jenónimo Cathedral, where an audience of more than 900 experienced the choir led by Ebbe Munk. From here, the Copenhagen Royal Chapel Choir traveled to Spain with concerts in Salamanca, Seville and Malaga before they on May 2 landed in London, where the changing weather of Southern Europe was replaced by glorious sunshine and summer heat!

In London, a concert in Saint James’s Church at Piccadilly in London was followed by a trip to Cambridge and the legendary King’s College, both visiting the “colleagues” at King’s College Choir and performing a concert. On Sunday, the congregation in the Danish Church was given the opportunity to experience the choir at the high mass before the choir participated at Evensong in Westminster Abbey on Monday, before an audience of more than 1000, including the Duchess of Glouchester. This was for everyone a unique ending to a long and adventurous tour! Copenhagen Royal Chapel Choir was invited by Fondation Bettencourt Schueller, which established a concert for an invited audience to illustrate the Foundation’s efforts for these particular choirs.
The Foundation invited selected choirs which have been awarded the Liliane Bettencourt award for choir singing, to show the public their artistic expertise.

Opéra Comique, where the concert was held, was founded in 1714 during Louis XIV’s reign, and is one of the oldest French dramatic and musical institutions. 2017: New York and celebration at the US Virgin Islands Centennial

The title of the major international venture in 2017 was “Make a Joyful Noise”. Marking the 100th anniversary of the sale of the West Indies brought the choir back to all three islands, including gala concert in the Government House’s famous ball room, in St. Patrick Church in Frederiksted and in the Reichold Center for the Arts in Charlotte Amalie. A work for steel pan and choir was composed for the occasion – which had Danish and American choral music as a theme – and the choir also gave some very colorful and life-affirming centennial masses in the two 350-year-old Danish Lutheran main churches.
A special experience was the workshop on European choir traditions for the many children and young people at the Gruber Academy on St. Thomas.

2016 in Italy and France: From Rome to Paris

Among the events of the season 2015-2016, the concert series European Cathedrals must be mentioned. A good example of how different music can form a textually coherent program – ASCENSION: An entirely textual process from Easter’s night watch over Resurrection, Ascension and Pentecost was created over music by Palestrina, Carl Nielsen, Edvard Grieg, Povl Ruders, Morten Lauridsen and Palle Mikkelborg.
And the framework for the 6 European concerts could hardly get any better: In Italy St. Ignazio in Rome, the Basilica of Saint Francis in Assisi and in Venice Scuola Grande di San Rocco. And in France Saint Sernin in Toulouse, St. Jean in Lyon and finally Notre Dame in Paris – This last concert was attended by the choir’s patron HRH Prince Henrik.

New Zealand from South to North in 2015

Copenhagen Royal Chapel Choir had its 2nd concert tour in New Zealand in April-May 2015 having appearances both on the South Island and the North Island. The program was presented under the headline “ASCENSION – Nielsen, Lauridsen & Palestrina”, and was laid out as “A Danish choir event in 3 movements and 3 waves of sublime choir music by Palestrina, Carl Nielsen and Morten Lauridsen. From Renaissance to our time… from deep concern and reflexion to exuberant joy and eternal light.”

The tour took place from 17th April to 5th May, and among the venues were: